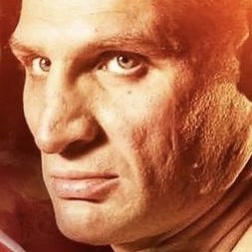 Andrzej Jan Gołota (Polish: [ˈandʐɛj ˈgɔwɔta]; born 5 January 1968)[1], best known as Andrew Golota, is a Polish former professional boxer who competed from 1992 to 2013. He challenged four times for a heavyweight world title (by all four major sanctioning bodies), and as an amateur won a bronze medal in the heavyweight division at the 1988 Olympics. Despite his accomplishments and more than 40 professional wins, Golota is best known for twice being disqualified against Riddick Bowe for low blows in fights that he appeared to be winning.[2]

25 years ago today, Lennox Lewis blasted out Andrew Golota in a single round. ‘The Lion’ retained his WBC heavyweight championship with this stunning KO

Host T.J. Rives and Sean from TopHeavyweights.com have their insight and, we get some more from the U.K. with one of our favorites, David Payne.