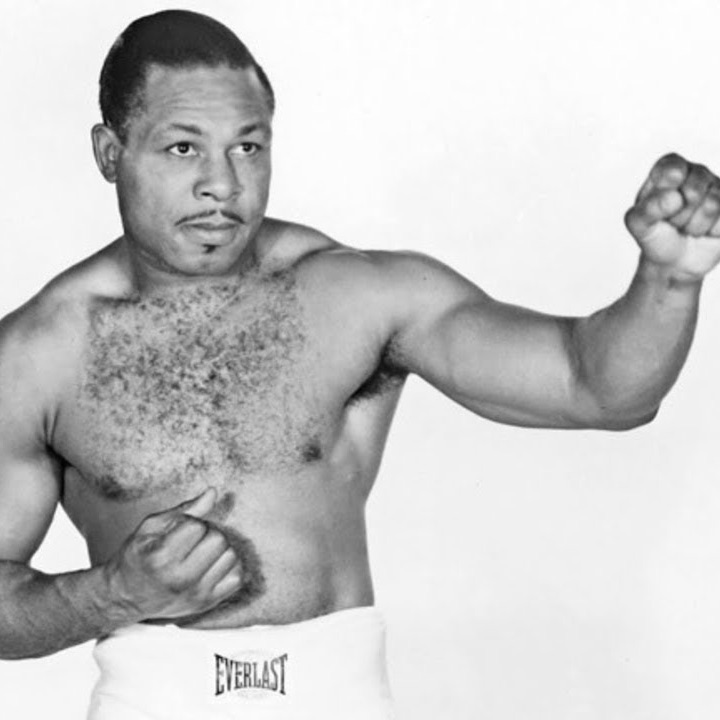 "The Mongoose", received two cracks at the heavyweight championship of the world. On September 21, 1955, Moore faced future Hall of Famer Rocky Marciano at New York's Yankee Stadium. It was in this fight Archie came closest to wearing the belt. A Moore surprise right hand in the 2nd round sent Marciano down for the second and final time in his career, setting the stage for a legendary battle, but also creating controversy as far as shared memory. In subsequent years Moore made much of Referee Harry Kessler's handling of the pivotal moment. A half-decade on, in Archie's autobiography, he describes in detail the referee, though Rocky arose at "two", continuing a superfluous mandatory eight-count: "...Kessler went on, three, four. The mandatory count does not apply in championship bouts (1955)...My seconds were screaming for me to finish him and I moved to do so, but Kessler...carefully wiped off Rocky's gloves, giving him another few seconds...he gave him a sort of stiff jerk, which may have helped Rocky clear his head." Moore admits to being angry enough at what he saw as interference, he went recklessly, "blind and stupid with rage", going for the knockout, toe-to-toe.[2] This resentment toward referee Kessler appears only to have grown more entrenched. By the time of a recorded interview with Peter Heller, in October, 1970, Archie had this to say: "(Kessler) had no business refereeing that match because he was too excitable. He didn't know what to do...He grabbed Marciano's gloves and began to wipe Marciano's gloves and look over his shoulder...I'll never forget it. It cost me the heavyweight title."[3]