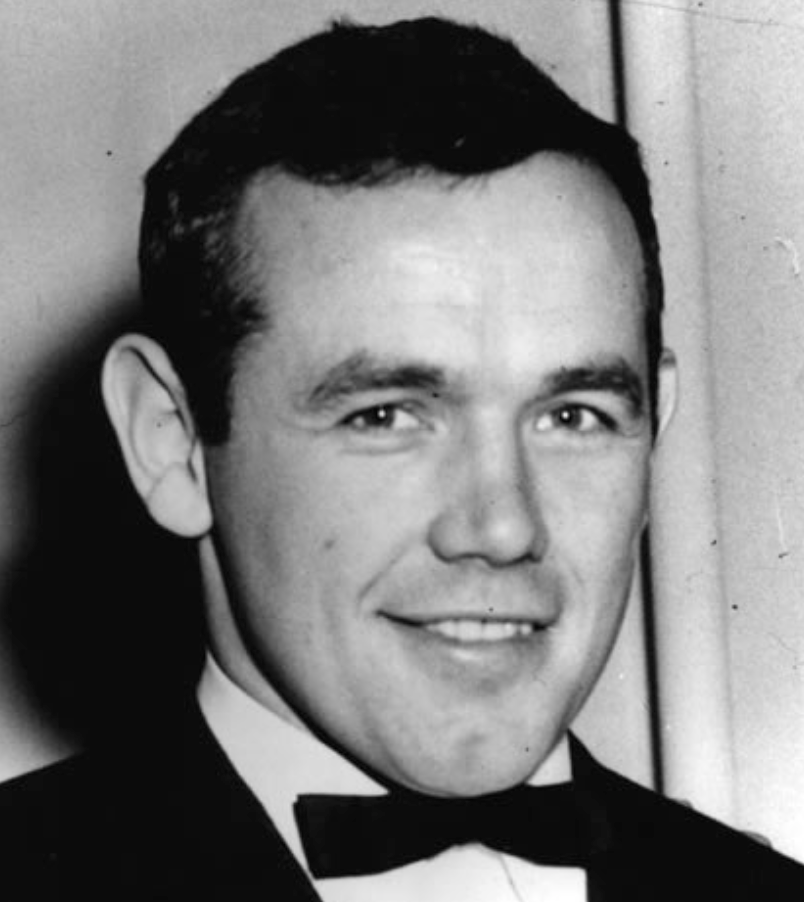 Jens Ingemar "Ingo" Johansson[2] (Swedish: [ˈɪŋːɛmar ²juːanˌsɔn];[3] 22 September 1932 – 30 January 2009) was a Swedish professional boxer who competed from 1952 to 1963. He held the world heavyweight title from 1959 to 1960, and was the fifth heavyweight champion born outside the United States. Johansson won the title by defeating Floyd Patterson via third-round stoppage, after flooring him seven times in that round. For this achievement, Johansson was awarded the Hickok Belt as top professional athlete of the year—the only non-American to do so in the belt's entire 27-year existence—and was named the Associated Press Male Athlete of the Year and Sports Illustrated Sportsman of the Year.

Johansson also held the European heavyweight title twice, from 1956 to 1958 and from 1962 to 1963. As an amateur he won a silver medal in the heavyweight division at the 1952 Summer Olympics. He affectionately named his right fist "toonder and lightning" for its concussive power (it was also called "Ingo's bingo" and the "Hammer of Thor"), and in 2003 he was ranked at No. 99 on The Ring magazine's list of the 100 greatest punchers of all time.[4] He reputedly had recurring bone trouble in his right hand throughout his career as a result.

Who was Ingemar Johansson?

Who was Ingemar Johansson?

He became one of the most famous people in the world, appearing on the cover of Sports Illustrated and even starring in an American movie