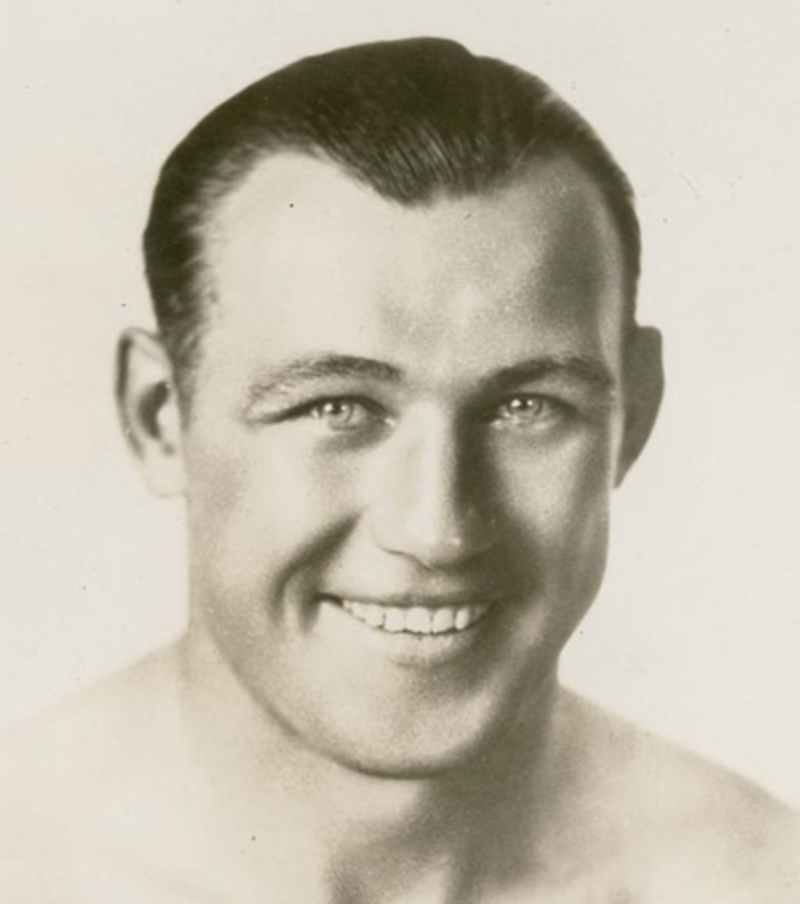 Jack Sharkey (October 26, 1902 – August 17, 1994) was an American heavyweight boxing champion. He was born Joseph Paul Zukauskas (his birth surname is sometimes given as Cukoschay), the son of Lithuanian immigrants, in Binghamton, New York but moved to Boston, Massachusetts as a young man. Sources report little of his early life until, at the outset of the First World War, teenaged Joseph repeatedly tried to enlist in the Navy. Turned down because of his age, he was not able to enlist until after the end of the war.

It was during his tenure in the Navy that he first showed interest in boxing. Tall and husky for a man of his generation, Joseph was encouraged by his friends in the service to box. He quickly established notoriety as the best boxer aboard any vessel on which he served. During his brief returns home to Boston he took part in his first fights for pay, the first on January 24, 1924, against one Billy Muldoon, whom he knocked out in the first round. By the time of his honorable discharge just short of a month later, he had won a second fight and was already earning write-ups in the Boston papers.

He took his ring name from his two idols, heavyweight contender Tom Sharkey and heavyweight champion Jack Dempsey. He won an important fight in 1926 over black heavyweight contender Harry Wills, but his first big year was 1927, when he defeated former light heavyweight champ Mike McTigue in twelve rounds and Boston rival Jim Maloney in five. That put him in the ring on July 21, 1927, with his idol, Dempsey, the winner to meet heavyweight champion Gene Tunney for the title. For six rounds Sharkey out-boxed Dempsey, who probed low with his punches. In the seventh round Sharkey turned his head to complain to the referee about Dempsey’s low punches and Dempsey landed a classic left hook that knocked Sharkey out.

In October 1931, Sharkey defeated Italian heavyweight, Primo Carnera, and was then given another chance to fight for the title. On June 21, 1932, at the Madison Square Garden Bowl in Long Island City, New York, Sharkey defeated Schmeling in a controversial split decision to win the championship. Sharkey lost the title on June 29, 1933 in his second fight with Primo Carnera. He took a year off, fought four mediocre fights, and then fought Joe Louis on August 18, 1936, losing by knockout in the 3rd round. This made him the only man to fight both Dempsey and Louis.

Sharkey then retired with a record of 38-14-3 with 13 knockouts. As the Cyber Boxing Zone website describes him, “Sharkey had good skills, could hit with power, box well and take punishment when he set his mind to fight; But, he was an erratic, 'up-and-down' boxer who never seemed to put all his skills together consistently; when he was good, he was very good but when he was bad, he was awful.” [1]

Sharkey saved most of the money he earned in the ring and, in retirement, owned a bar, worked as a boxing and wrestling referee in the United States and Canada, often earned money from personal appearances, and entertained troops in North Africa during World War II. He also pursued his love of fly fishing, and teamed and toured with baseball great Ted Williams in fly fishing promotions. He was inducted into the International Boxing Hall of Fame in 1994 and died a few months later, on August 17, age 91, due to respiratory arrest.

While demonstrating fly fishing at the New York Sportsman Show in 1965, he was asked if he preferred fly fishing to boxing. "It doesn't pay as much," he replied, "but then the fish don't hit back."