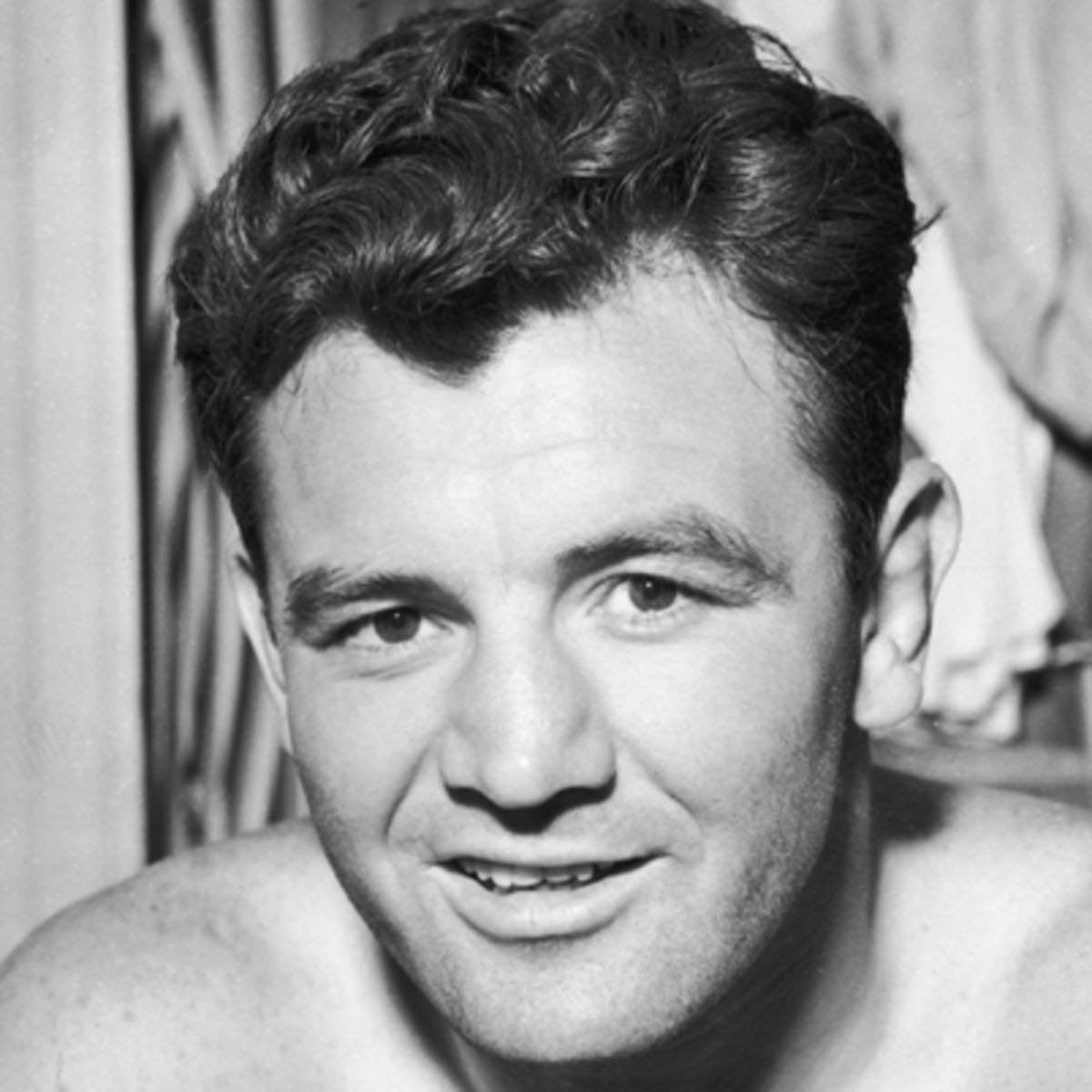 The Braddock family was growing and with five boys and two girls, Joseph and Elizabeth relocated across the Hudson River to the peaceful township of West New York in Hudson County New Jersey.

Like most kids, Jimmy enjoyed playing marbles, baseball and hanging around the old swimming hole on the edge of the Hudson River or under the Hackensack River Bridge while he dreamt of someday becoming a fireman or a train engineer.

From around the year 1919 to 1923, Jim Braddock worked a series of jobs: A messenger boy for Western Union, a printer's devil, a teamster and an errand boy in a silk mill. It was during this time that Jimmy discovered his passion for boxing.

Braddock spent a few years honing his skills as a successful amateur fighter throughout New Jersey and in 1926 entered the professional boxing circuit in the light heavyweight division. During his first year, Braddock overwhelmed the competition, knocking out opponent after opponent in the early rounds of most fights.

As a top light heavyweight, Braddock thought of moving into the heavyweight class. Problem was that although he stood over six feet, two inches, he seldom weighed over 180 pounds. But even with his trim physique, Jim's powerful right hand was no match for even those opponents that weighed close to 220 pounds. Jimmy Braddock was on his way.

On the evening of July 18th 1929, Braddock entered the ring in Yankee Stadium to face Tommy Loughran for the coveted light heavyweight championship. Loughran who had studied Braddock's boxing style knew about Jim's powerful right hand and spent the match ducking and dodging Jim's punches. Braddock would never land a clean hard punch and lost the 15 round bout to decision.

On September 3rd 1929, less then two months after the Loughran bout, the stock market crashed and the nation plunged into the "Great Depression". As the banks went under, Braddock, like so many other millions of Americans lost everything.

With no work available, Jim struggled to win fights so that he could put food on the table for his wife and three young children. However, along with the economy, Jim's fight career hit the skids as well. He lost sixteen out of twenty-two fights during which time he shattered his right hand landing a punch. At the bottom of the barrel, Jim swallowed his pride, hung up his boxing gloves and filed for government relief to help support his family.

But Jim's luck was about to change. In 1934, due to a last minute cancellation, Braddock was given the opportunity to fight John "Corn" Griffin on the under-card fight for that evening's heavyweight championship fight between Max Baer and Primo Carnera. To the amazement of everyone, he went on to upset Griffin with a third round knockout.

As word of Braddock spread, he was given another chance to fight. This time the opponent was John Henry Lewis. Once again, most predicted that Braddock wouldn't make it through the fight. Jimmy proved the critics wrong with a ten round victory.

In March of 1935, with the nation in his corner, Braddock defeated Art Lasky in 15 rounds. Jimmy later told a reporter, "So they matched Lasky and I. There was no talk about the heavyweight championship fight because they figured Lasky'd lick me. When I beat him in fifteen rounds, I hit him with everything. I mean, wherever his kisser was, I had a punch there, a left hook, a right cross, it was one of them nights."

With his win against Lasky, Braddock was now considered to be the top heavyweight contender to go up against Max Baer. Max Baer received the reputation as a dynamite puncher and possibly the hardest hitter of all time.

On the evening of June 13th 1935 at Madison Square Garden in Long Island City NY, Braddock, a ten-to-one underdog, entered the ring to face Baer. Jim had studied Baer's boxing style just as Tommy Loughran had studied Jim's all those years ago. Jim knew he could beat Baer if he could stay away from his hammering right hand, and that's just what he did. In an amazing feat of courage and determination, Braddock won the 15 round decision to become the new heavyweight champion of the world.

During his reign as champ, Jim Braddock fought a series of exhibition fights over the next two years.

On June 22nd 1937, Braddock would defend and lose his heavyweight title in an eight round KO to "The Brown Bomber" Joe Louis. According to Jim, Louis threw far more punches then Baer.

Although Jim never complained, few knew that during the fight for Louis, Braddock actually received medication for arthritis. Jim barely lifted his left during the fight because the medicine numbed him like a muscle relaxant. Jim's only lucky punch happened in an uppercut, simply since he failed to raise his left over his head. His follow up punch missed Louis's chin, and slammed into Joe's chest. The punch cracked around the auditorium. Only an inch short kept Jim from retaining the title. Joe Louis worked Jim over in the subsequent rounds, added twenty-three stitches, and moving a tooth right through his mouthpiece and into his lip. Everyone enjoyed the fight that night, and even though a loss, it was perhaps Braddock's best fight.

Prior to the Louis fight, Jim's manager Joe Gould struck up a deal that would give Braddock 10% of the gross with Louis for the next ten years. From 1937 to 1939, Braddock received over $150,000, a lot of money in those days (nearly two million today).

Jim Braddock was a man who wanted to go out on top and on January 21, 1938 after beating Tommy Farr after 10 rounds, Jimmy Braddock, the beacon of hope for millions, hung up his gloves and retired from the professional boxing game.

After his retirement, Jim and manager Joe Gould enlisted into the U.S. Army in 1942 where they became 1st Lieutenants. Before the war ended, Jim served on the island of Saipan. Upon return, he helped construct the Verrazano Bridge and worked as a marine equipment surplus supplier, running generators and welding equipment. Jim and his wife Mae raised their three children, Jay, Howard and Rosemarie in a house they bought in North Bergen NJ.

On November 29th 1974, after eighty-five fights with fifty-one victories, James J. Braddock died at home in his sleep. Mae Braddock continued to live in their North Bergen home for many years before moving to Whiting, NJ where she passed away in 1985.

The champ's son James (Jay) lived in Saddle Brook, NJ for many years with his family until passing in 2001. He worked for the Bergen County Sheriff's Office and Local 825 working heavy construction equipment. Wife Jane passed away in 2012. Son James Jay III, and daughter Cathleen survive him. James III runs this website with his cousin John Van Vugt.

Son Howard Braddock passed in 2006 followed by his wife Elsie in 2018. Howard and Elsie have three children, Susan, Nancy, and Tim who all have wonderful families and children of their own.