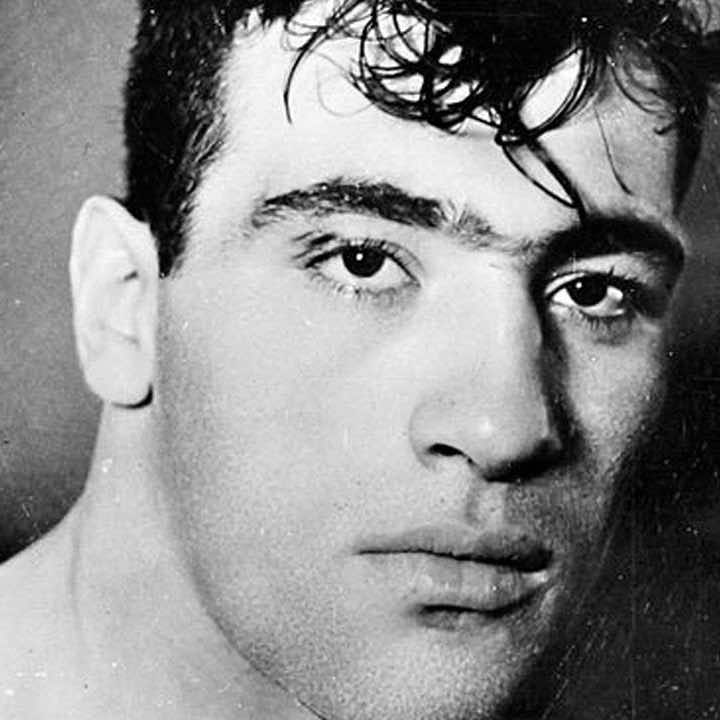 In 1953 they became American citizens. They settled in Los Angeles, where Carnera opened a restaurant and a liquor store. They had two children, one of whom became a medical doctor.

Carnera died in 1967 in his native town of a combination of liver disease and complications from diabetes.

At a time when the average height in Italy was approximately 5 ft 5 in (1.65 m) and in the United States 5 ft 7 in (1.70 m), Carnera was considered a giant. Though an inch shorter than Willard, he was around 40 lb heavier and was the heaviest champion in boxing history.

He enjoyed a sizable reach advantage over most rivals, and when seen on fight footage, he seems like a towering giant compared to many heavyweights of his era, who were usually at least 60 pounds (27 kg) lighter and 7 inches (18 cm) shorter. One publicity release about him read in part: "For breakfast, Primo has a quart of orange juice, two quarts of milk, nineteen pieces of toast, fourteen eggs, a loaf of bread and half a pound of Virginia ham." His size earned him the nickname "The Ambling Alp". Time magazine called him "The Monster".

September 12, 1928 was the date of Carnera's first professional fight, against Leon Sebilo, in Paris. Carnera won by knockout in round two. He won his first six bouts, then lost to Franz Diener by disqualification in round one at Leipzig. Then, he won seven more bouts in a row before meeting Young Stribling. He and Stribling exchanged disqualification wins, Carnera winning the first in four rounds, and Stribling winning the rematch in round seven. In Carnera's next bout he avenged his defeat to Diener with a knockout in round six.

In 1930, he moved to the United States, where he toured extensively, winning his first seventeen bouts there by knockout. George Godfrey broke the streak in Philadelphia by disqualification in the fifth round. In 1932, Carnera faced the tallest heavyweight in history up to that point, Santa Camarão, a 6 ft 9 in (2.06 m) Portuguese fighter. Carnera won the fight in a sixth-round decision.

On February 10, 1933 he knocked out Ernie Schaaf in thirteen rounds in New York City. Schaaf died four days later. For his next fight, Carnera faced the world heavyweight champion, Jack Sharkey, on June 29, at the Madison Square Garden Bowl in Queens, New York. Carnera became world champion by knocking out Sharkey in round six.

He retained the title against Paulino Uzcudun and Tommy Loughran, both by decision in 15 rounds, but in his next fight on June 14, 1934 against Max Baer, Carnera was knocked down 11 times and was defeated in 11 rounds.

After that, Carnera won his next four fights, three of them as part of a South American tour that took him to Brazil, Argentina and Uruguay, as well as two exhibitions in the southern American continent. But then, on June 25, 1935, he was knocked out in six rounds by Joe Louis.

For the next two and a half years, he won five and lost three of eight total fights. But in 1938, Carnera, a diabetic, had to have a kidney removed, which forced him into retirement by 1944. Carnera's record was 89 wins and 14 losses. His 72 wins by knockout made him a member of the exclusive club of boxers that won 50 or more bouts by knockout.

Carnera appeared in a short film in 1931. During his tenure as world champion he played a fictional version of himself in the 1933 film The Prizefighter and the Lady starring Max Baer and Myrna Loy. Here he plays the heavyweight champion who barely holds onto his title with a draw decision after a furious fight with Baer. The film, ironically, was made just the year before Carnera fought Baer for real, in a bout that was as wild as the film version, but ended with a knockout loss for Carnera.

Carnera had a non-speaking bit part in the 1949 movie Mighty Joe Young. He played himself in the tug-of-war scene with the giant gorilla. After being pulled by the ape into a pool of water, Carnera throws a couple of futile punches to Joe's chin.

He also played a bully boy wrestler in Carol Reed's film A Kid for Two Farthings (1955) based around London's Petticoat Lane Market where he has a match against a local bodybuilder who is getting married to Diana Dors.

Primo appeared in at least 10 Italian films between 1939 and 1943, as well as several in the 1950s, like Prince Valiant, in the role of Sligon. His last screen role was as the giant Antaeus alongside Steve Reeves in Hercules Unchained (USA Title, filmed in Italy, 1959, original title Ercole e la regina di Lidia).

In 1945 he returned temporarily to boxing and won two fights. But the next year, after three losses against Luigi Musina his talent for wrestling was discovered. In 1946 he became a professional wrestler and was immediately a huge success at the box office. For several years he was one of the top draws in wrestling. Carnera continued to be an attraction into the 1960s. Max Baer attended at least one of Carnera's wrestling matches. Carnera won his debut on August 22, 1946, when he defeated Tommy O'Toole in California. On October 23, 1946, Carnera won his 41st consecutive wrestling match by defeating Jules Strongbow. On November 19, 1946, Carnera beat Harry Kruskamp to remain undefeated at 65-0-0.

In May 1948, Carnera took a 143-1-1 record against world heavyweight champion Lou Thesz. Thesz defeated Carnera in a world title defense.

According to boxing historian Herbert Goldman, Carnera was "very much mob controlled." Carnera met his first serious heavyweight contender, Young Stribling, in 1929, and won when Stribling fouled him. In a rematch, he fouled Stribling. His 1930 fight against California club fighter Bombo Chevalier in Emeryville was considered fixed, and Carnera was banned from fighting in California. His 1930 match against George Godfrey was controversial, as Godfrey was disqualified in the sixth round when he was clearly getting the better of Carnera.

Time magazine, in an October 5, 1931 cover story on Carnera before he won the heavyweight title, commented on his odd career.

"Since his arrival in the US, backed by a group of prosperous but shady entrepreneurs, Carnera's career has been less glorious than fantastic. His first opponents—Big Boy Peterson, Elzear Rioux, Cowboy Owens—were known to be incompetent but their feeble opposition to Carnera suggested that they had been bribed to lose. Suspicion concerning the Monster's abilities became almost universal when another adversary, Bombo Chevalier, stated that one of his own seconds had threatened to kill him unless he lost to Carnera. Against the huge, lazy, amiable Negro George Godfrey (249 lb), he won on a foul. But only one of 33 US opponents has defeated Monster Carnera—fat, slovenly Jimmy Maloney, whom Sharkey beat five years ago. In a return fight, at Miami last March, Carnera managed to outpoint Maloney."

Requiem for a Heavyweight, Rod Serling's 1956 Emmy Award-winning teleplay for Playhouse 90 directed by Ralph Nelson (who also won an Emmy), focused on down-and-out former heavyweight boxer Harlan "Mountain" McClintock. The travails of McClintock, who was played by Jack Palance (Sean Connery played the part on British television and Anthony Quinn essayed the role in the 1962 film), was thought by many boxing fans to resemble Carnera's life.

In his 1933 collection of short stories Mulliner Nights. PG Wodehouse wrote: "He was built on large lines, and seemed to fill the room to overflowing. In physique he was not unlike what Primo Carnera would have been if Carnera hadn't stunted his growth by smoking cigarettes when a boy."

In 1947 fighting aficionado Budd Schulberg wrote The Harder They Fall, a novel about a giant boxer whose fights are fixed. In 1956 a movie with the same name, and based on the novel, was released by Columbia Pictures. A highlight was the appearance of Max Baer, playing a fighter the mob could not fix who destroys the giant in his first fair fight. Critics drew parallels with the real-life Baer-Carnera fight two decades before. In response, Carnera unsuccessfully sued the movie company.

Carnera was played by Matthew G. Taylor in the 2005 film Cinderella Man, a film about the life of fellow boxer James J. Braddock.

In 2008 the actor Andrea Iaia played Carnera in the Italian biographical film Carnera: The Walking Mountain, directed by Renzo Martinelli.

In 2013, Emporio Elaborazioni Meccaniche named a motorbike, the 1983 BMW R80RT Carnera, in honor of Carnera.

In 1947, Carnera, an Italian comic book series sporting a fictional version of Primo Carnera, was produced. In 1953, it was translated into German. A facsimile version was published in 2010.

The Yeasayer song Ambling Alp, from their 2010 album Odd Blood references Carnera by his nickname in the title and second verse. Both Carnera and German boxer Max Schmeling are referenced for their bouts with American Joe Louis.

The googolplex is jokingly said to have been defined as a one followed by a very large but specific number of zeros in order to ensure that Carnera would not be considered a better mathematician than Albert Einstein, implying that Carnera would defeat Einstein in an endurance contest.

‘When Carnera won the title, there were celebrations everywhere. It gave every Italian a sense of pride and hope.’ Rocky Marciano