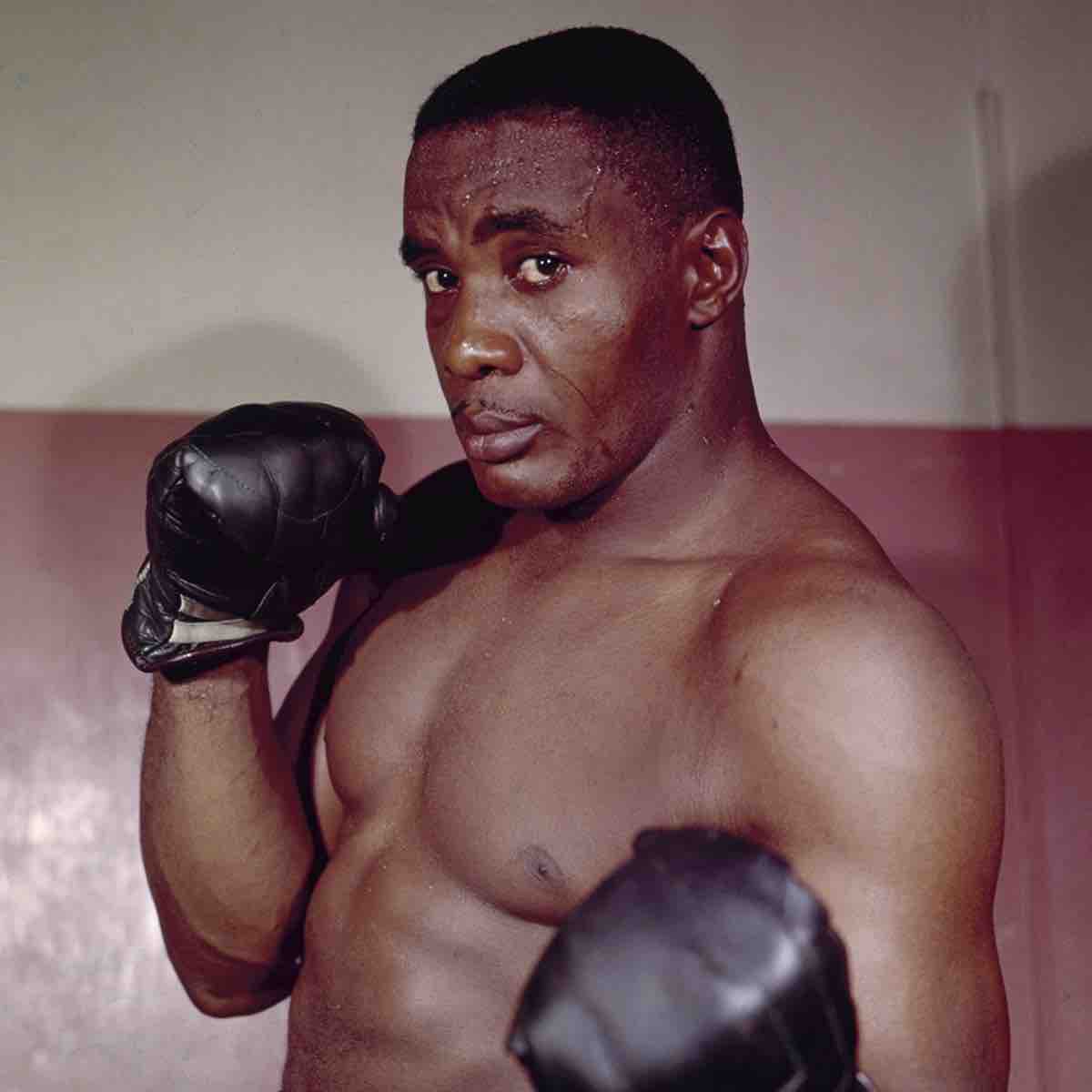 Sonny Liston was introduced to boxing while serving time in a Missouri State Penitentiary. He became a professional fighter in 1953.

Who Was Sonny Liston?

Sonny Liston had a controversial boxing career, winning 54 of 58 bouts from 1953 to 1970. Known for his powerful punch, the majority of his victories were knockouts. He died circa December 30, 1970, in Las Vegas, Nevada.

Boxer Charles L. "Sonny" Liston was born in St. Francis County, Arkansas on May 8, 1932. (There is some speculation about his year of birth, but most sources state sometime from 1929 to 1932.) The son of tenant farmer Tobey Liston and his second wife, Helen, Liston was the 24th of his father's 25 children. Along with his many siblings, Liston grew up working in the local cotton fields. His father was an abusive alcoholic, and Liston eventually left the house during his teens.

In St. Louis, he quickly encountered problems with the local police. At the age of 16, Liston—more than 6 feet tall and weighing 200 pounds—became a menacing presence in his neighborhood, occasionally working as a strike-breaking labor goon.

Liston was arrested more than 20 times. In 1950, he was convicted of two counts of larceny and two counts of first-degree robbery and spent more than two years in the Missouri State Penitentiary in Jefferson City. While Liston was incarcerated, prison athletic director Father Alois Stevens introduced him to the sport of boxing.

Paroled in 1952, Liston quickly captured the local Golden Gloves championship. He became a professional fighter on September 2, 1953, when he knocked out Don Smith in a single round in St. Louis. Auspiciously, the massive man is known as "The Bear" then won his first nine fights before dropping an eight-round decision to Marty Marshall.

Liston's career was interrupted for nine months beginning in December 1956, when he was sent to the St. Louis workhouse for assaulting a policeman and stealing the officer's gun. After his release, Liston relocated to Philadelphia, Pennsylvania, where his career quickly flourished again.

Liston won 26 consecutive bouts, moving inexorably toward the heavyweight championship. Known for scowling at opponents, he combined an intimidating ring presence with awesome power. His heavyweight title-winning victory on September 25, 1962, was indicative of his powerful style: After a mere two minutes, he knocked out Floyd Patterson, which marked the first time in history that a reigning heavyweight champion was counted out in the first round.

As the top fighter in the world, Liston became an easy target for sports columnists who remarked frequently on not only his menacing demeanor and vicious punching power but also his criminal background. Liston, who posted a career record of 50 wins and 4 losses with 39 knockouts, reveled in this role of the fighter America loved to hate.

Liston scored another knockout in a rematch with Patterson, but his 17-month reign as heavyweight champion ended at the hands of a brash fighter named Cassius Clay. Liston, who was viewed as nearly invincible before the fight, was unable to answer the bell for the seventh round, and Clay (soon to take the name Muhammad Ali) was named champion on February 25, 1964.

The subsequent rematch with Clay on May 25, 1965, included the infamous "phantom punch." Though it appeared that Liston had barely been grazed by Clay's right fist, the boxer went down just one minute and 45 seconds into the first round. Some believed that the fight was fixed as reported in later biographical works like The Devil and Sonny Liston (2000) by Nick Tosches.

In 1966, following his loss to Clay, Liston launched a comeback. He won 11 consecutive fights by knockout in 1968 and added three more wins in 1969 before losing a brutal bout to Leotis Martin. He climbed back into the ring on June 29, 1970, registering a 10th-round technical knockout against "Bayonne Bleeder" Chuck Wepner.

After being unable to reach Liston for 12 days, his wife Geraldine returned to their Nevada home on January 5, 1971, at which time she discovered Liston's dead body. The official cause of death was lung congestion and heart failure, although Liston had fresh needle marks on his arm and police discovered heroin and a syringe in the house. His death certificate states his death as December 30, 1970, based on milk deliveries at his doorstep. Liston was buried in Paradise Memorial Gardens in Las Vegas, Nevada, beneath a simple gravestone. His epitaph reads: "A Man."

When you look back among the heavyweight champions who seemed to put the fear into their opponents “prior” to the match, it seems two come to mind

Nearly 55 years ago Ali stopped Liston with one controversial punch

Nearly 55 years ago Ali stopped Liston with one controversial punch

When Ali and Liston finally stepped through the ropes, the controversy outside of the ring was then trumped