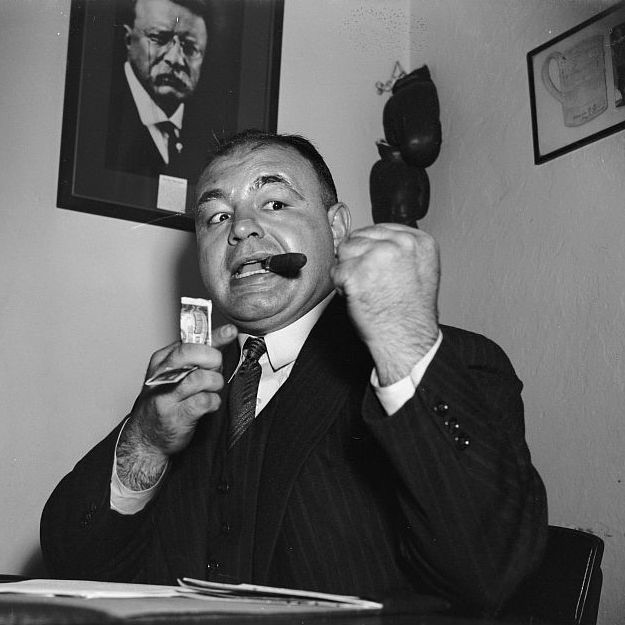 Domenico Antonio Galento (March 12, 1910 – July 22, 1979[1]) was an American heavyweightboxer. Nicknamed "Two Ton" for his reasoning to his manager for being nearly late to one of his fights: "I had two tons of ice to deliver on my way here". Galento was one of the most colorful fighters in the history of the sport. He wrestled an octopus, and boxed a kangaroo as publicity stunts for his fights. He also boxed a 550 lb. (250 kg) bear, as a stage attraction.