Being British Champ Means Something For Fabio Wardley

Nathan Gorman was unable to match Wardley’s spirited response to the success he’d enjoyed in the first round and fell to defeat in the third.

(This commentary about unbeaten Fabiro Wardley’s heavyweight win in London Saturday night originally appeared on David’s site www.boxing writer.co.uk where you can read more of his insight, historical perspective, etc. on British and worldwide boxing)

As a thick snake of blood oozed from a cut on Fabio Wardley’s busted nose, it became smeared and splattered across his brow and cheek. His teeth ground into his mouth piece beneath, a giant, visible through the mask of red stood before him, the possessor of greater experience, heft and the initiative. The Ipswich man chose to walk forward. Where many would hold or fold, Wardley elected to fight. Not to box, to fight. In that distinction, in Wardley’s willingness to risk when vulnerable and hurt, the British Heavyweight title, with all its abundant history, was won.

Nathan Gorman was unable to match Wardley’s spirited response to the success he’d enjoyed in the first round and fell to defeat in the third. The white towel landing on the canvas to confirm the fighter’s shallower resistance was spent. By then, Gorman had been on the floor twice in the second and once in the third.

Hear Dan Rafael and T.J. Rives discussing on the “Fight Freaks Unite Recap” podcast Wardley’s win and what his short term future might be, by clicking play below,

In a world of excess and dubious financing, among the gluttony of sanctioning bodies and their debasement of the term champion, the British title always proves a restorative elixir for the forlorn boxing fan. At the Wembley Arena on Saturday night, Wardley’s demolition of rival Nathan Gorman demonstrated the value of the Lonsdale belt in matching fighters and the determination they show in its pursuit.

Wardley And Gorman Are Different

Both fighters are anomaly’s in divergent ways. Gorman; big, bald and round with hands quicker than his physique suggests and Wardley; the former white collar fighter, with an appetite for a scrap. Despite this lack of convention they both remain important men.

Wardley won and proved much in doing so. Cynics will suggest this is as far as he goes, if Gorman can hurt him early, better, more durable men will do so too they will suggest. Optimists will believe there is potential as yet unfurled and Wardley will be wiser and better for this encounter. There is merit in both perspectives.

Where Gorman goes from here is harder to predict. He has talent, but the weight he’s boxing at strikes this observer as too high. He is a big, fleshy heavyweight. Like John McDermott before him, who was a contentious decision away from beating Tyson Fury a decade ago, Gorman will never be sculptured. But 271 pounds is a lot of excess. Perhaps encouraged by Fury’s own adoption of a higher weight, Gorman came to this fight with 20 pounds he didn’t take to fights with Daniel Dubois or Kevin Johnson in 2019 when still unbeaten. It may be important, it may not.

His response to crisis remains unchanged. Wardley evidently has power but at no point did Gorman seem disconnected from his faculties. He appeared too willing to accept he couldn’t win once the punches began to land. Wardley, by contrast, appeared stubbornly unwilling to lose. In a fire fight, which Wardley made it once hurt in the first, and briefly at the start of the second, that can often be a defining factor.

Wardley will be an interesting champion. With Frazer Clarke, if he chooses the route, David Adeleye and perhaps, the ticket seller Johnny Fisher and Kash Ali jostling behind him there is scope for entertaining fights in 2023.

But whatever the future holds, Fabio Wardley will one day sit in an armchair, his grand children at his knee, and be able to tell them he was, a long, long time ago, the British Heavyweight Champion.

This article can be found on
bigfightwekend.com 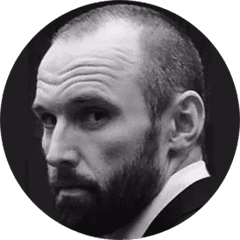