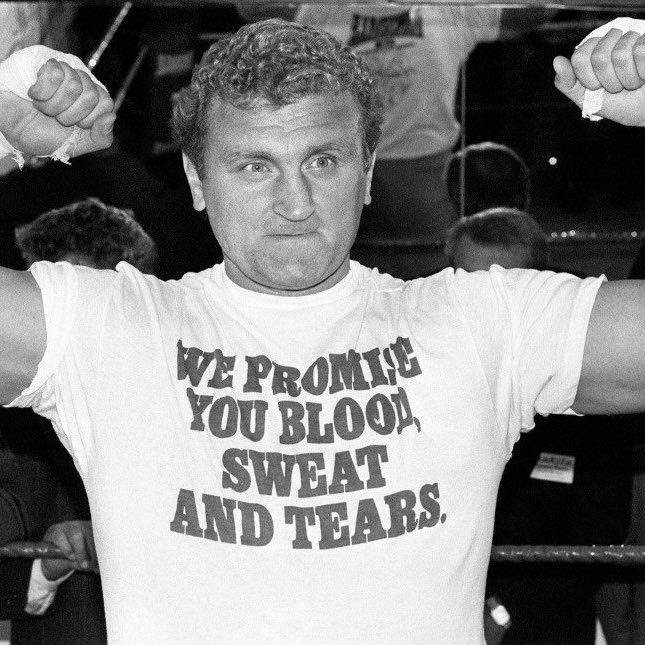 József Kreul Bugner (born 13 March 1950) is a Hungarian-born British-Australian former heavyweight boxer and actor. He holds triple nationality, being a citizen of Hungary and a naturalized citizen of both Australia and the United Kingdom. As an actor, he is best known for his role in the 1994 action film Street Fighter, alongside Jean-Claude Van Damme and Raul Julia.

Born in Szőreg, a southeastern suburb of Szeged in southern Hungary, Bugner and his family fled after the 1956 Soviet invasion and settled in Britain. Standing at 6 ft 4 in (1.93 m) with a prime weight of around 220 pounds (100 kg),[1] Bugner twice held the British and British Commonwealthheavyweight titles and was a three-time European heavyweight champion. He was ranked among the world's top ten heavyweights in the 1970s, fighting such opponents as Muhammad Ali, Joe Frazier, Ron Lyle, Jimmy Ellis, Manuel Ramos, Chuck Wepner, Earnie Shavers, Henry Cooper, Brian London, Mac Foster, Rudie Lubbers, Eduardo Corletti, Jurgen Blin and George Johnson. He fought for the world heavyweight championship in 1975, losing on points in a second bout with Ali.

Bugner retired from boxing in 1976, but over the next two decades he made sporadic comebacks with varying success. He moved to Australia in 1986, adopting the nickname "Aussie Joe", beating fighters such as Greg Page, David Bey, Anders Eklund and James Tillis before retiring again after a TKO loss to Frank Bruno in 1987. He made a final comeback during the 1990s, winning the Australian heavyweight title in 1995 and the lightly regarded World Boxing Federation (WBF) heavyweight championship in 1998 at the age of 48 against James "Bonecrusher" Smith. He retired for the last time in 1999 with a final record of 69-13-1, including 43 wins by knockout.